The dungeon is designed for full groups and is accessed via a rift inside the factional fortresses of Gelkmaros and Inggison. Players will only be able to enter Esoterrace if their faction controls one or more of the Balaurean forts, so get out there and take the fight to the Asmos (or Elyos) when the patch drops next Wednesday.

Esoterrace is a large zone featuring windstream transportation, a number of challenging mob types, and a final boss, Kexkra, who can be fought in either normal- or hard-mode. The zone also features a number of easter eggs and hidden treasure chests, so head past the cut to start your preparations. 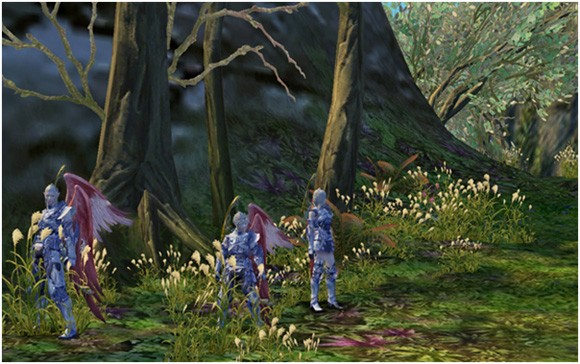 Upon entering Esoterrace, players are met by several Reian warriors. These Reians, and others found throughout the Instanced Dungeon, will provide insight about the area or offer quests to be completed. For now, head to the edge of Narayana Canyon and speak with Rothyns, who offers a quest and a bit of wisdom about Esoterrace.

When done speaking to Rothyns, fly into the Windstream at the edge of the cliff to be transported to other side of Narayana Canyon. Windstreams are the fastest way to navigate Esoterrace!

The Windstream at the top of Naranaya Canyon will change direction depending on which named monsters have been defeated. 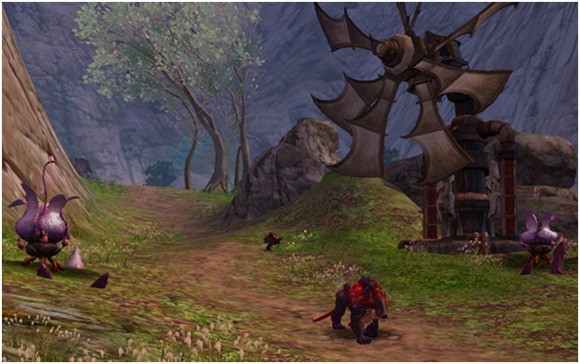 Narayana Canyon and the Drana Esoterrace

The other side of the Narayana Canyon is inhabited by vicious Drana-infused Moonflowers and Kirrin. Keep a watchful eye on the trail ahead while moving through this area, as ferocious beasts lurk around every corner. As players move up the trail to the Drana Esoterrace, they will start to encounter Esoterrace Workers and Esoterrace Gatherers.

Continue up Narayana Canyon to the Drana Esoterrace. In this area, players can destroy the Blighted Dalia Roots to complete the Quest from Rothyns. Once done in this area, continue up the trail. In the next area, players will stumble across some Balaur soldiers as well as more Drana-infused Moonflowers and Kirrin. There is also a secret passage in this area that will lead players directly to the first named monster!

Remove the Huge Esoterrace Vine with Essencetapping to proceed straight to Dalia Charlands. For those who can't remove the vine or are interested in more Abyss Points, continue up the trail. At the top of this area is the Dalia Garden, where the first named monster of Esoterrace, Dalia Charlands, resides. 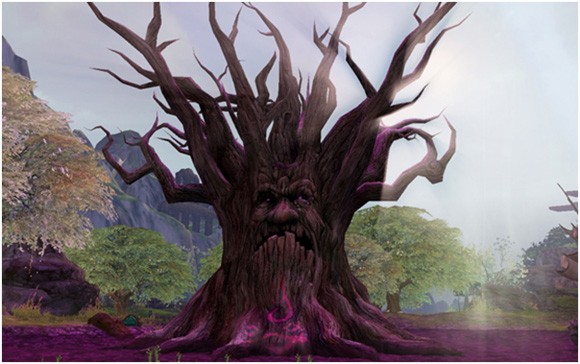 Dalia Charlands is the first Named Monster of Esoterrace. Before engaging the boss, be sure to clear out the surrounding area of patrolling monsters. Dalia is a straightforward encounter that doesn't have a lot of gimmicks. Just be sure to watch out for the occasional area-of-effect attack.

When Dalia is defeated, Dalia's Watcher will appear; follow it to find the path to the next area.
Be sure each player in the Group loots the Dalia Key from Dalia Charlands. Like a quest item, the key can be looted by each player, who then earns access to one of the nearby Entwined Treasure Chests, which contain Abyss relics!

In addition to the Entwined Treasure Chests, a Huge Entwined Chest will spawn beneath Dalia once it is defeated; it can be opened with the Swirl Key. Should certain death befall the players after they defeat Dalia, the Windstream found at the beginning of the instanced dungeon will now transport players directly to the Dalia Garden.

Speak to the Reian at the edge of the Dalia Garden to learn about the Drana Production Lab ahead.

A rope-controlled drawbridge located on the same side of a ravine as a potential invasion force... aren't Balaur supposed to be smart? Nonetheless, the rope seems too thick to cut!
Thus, to access the Drana Production Lab, players must travel through the Laboratory Waste Water Facility, accessible from a tunnel in the waterway below the Dalia Garden. Glide to the Waste Water Facility below the cliff, but watch out for the Lab Spirits; their attacks can be devastating!

Use the elevator at the end of the Waste Water Facility to reach the Drana Production Lab.

Balaur and Lab Spirits patrol the Laboratory Yard but are not concentrated in specific locations. Players can move throughout this area without needing to dispose of many of the monsters. Keep an eye out for Keening Sirokin, a Shulack that sometimes appears in this area. Keening Sirokin has been captured by a Balaur warden, and rescuing him can earn the group some exciting rewards.

The Esoterrace Courtyard is a large, open space and is perfect for players who want to rest for a moment after navigating the Laboratory Yard. To advance to the next area, defeat the Laboratory Gatekeeper at the top of the stairs. Defeating the Gatekeeper will open up the Laboratory Air Conditioning Room.

Once all of the treasure chests have been opened, proceed to the passage in the southern part of the room, at the end of which is an air vent. Destroy the fan covering the air vent and proceed through the opening to a Windstream. Ride the Windstream to the Esoterrace Secret Laboratory! 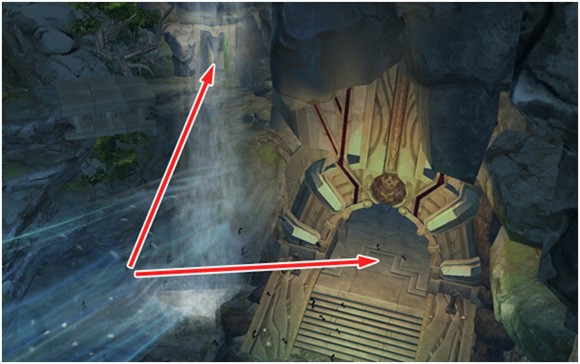 There are two entrances to the Esoterrace Secret Laboratory, one of which is hidden behind a waterfall and will require some careful aerial maneuvering to access. The main entrance is on the ground floor just below the Windstream that carries players from the Laboratory Air Conditioning Room.

Utilizing the hidden entrance will allow players to skip a few monsters and grant access to more Enhanced Esoterrace Balaur, which yield a ton of Abyss Points when defeated. The Door Controls will allow players access the central area of the Esoterrace Secret Laboratory to which the main entrance leads; in addition, any players unable to enter the hidden entrance can reunite with the group. 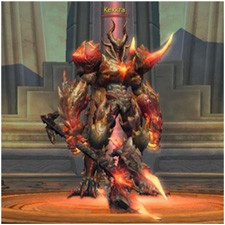 Players can also learn about the lore behind the Drana Esoterrace from the Auxiliary Storage Sphere of Surama located in the center of the Laboratory, which chronicles Warden Surama's research and the Balaur's experiments.

Once done in the Esoterrace Secret Laboratory, proceed down the corridor on the west side of the Laboratory and enter the Esoterrace Bio Lab Entry. Defeat the Biolab Watchman here and a wall will collapse in the southern part of the room.

Through this passage is the final named monster of the Drana Esoterrace, and once players hop through the hole in the collapsed wall, there's no turning back.

When Kexkra is defeated, a treasure chest will spawn containing Abyss relics and Platinum Medals. In addition, the treasure chest has a chance to contain Fabled armor from the Surama set.

Players will start this encounter facing the Kexkra Prototype. As the encounter wears on, an event will cause Warden Surama to join the battle. When Warden Surama is defeated, two treasure chests will spawn, one of which has a chance to contain Fabled armor from the Surama series, and the other of which drops Fabled weapons from the Surama series.