Abyssal Splinter is a group instance located in the Core layer of the Abyss, accessible to the faction that was presently in control of the Divine Fortress.

While available, it was a prime source for abyss points/relics, among other rewards.

''While the Balaur occupied the Divine Fortress, their scientists installed a machine capable of distorting time and space. The Balaur had planned to use this machine to create rifts leading to Elysea and Asmodae, but instead the rifts led them to a small splinter of the Abyss that had remained untouched for centuries. It was here that the Balaur discovered one of the largest Aether crystals ever documented, as well as the Artifact of Protection, a new Artifact.

The Balaur also discovered the Artifact’s guardians. ancient Aether creatures of colossal strength, infused with concentrated Aether who overwhelmed them with ease. Elyos and Asmodians have now learned how to manipulate the rift created in the Divine Fortress and enter the Abyssal Splinter to conquer it and benefit from its high Aether levels''. 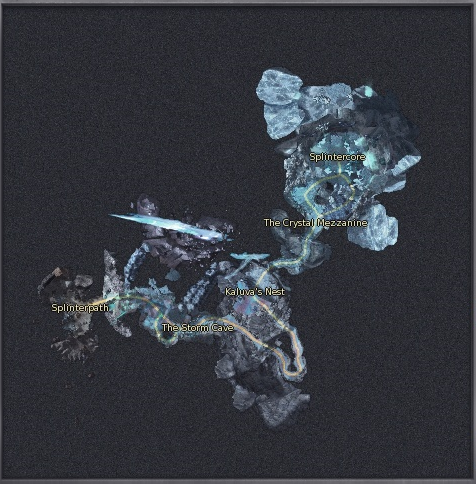 The final boss can be encountered as Normal Mode and Hard Mode. By default, players will fight the easier setting. However, the harder mode can be triggered by disposing of the three Aether Fragment which pop up whenever a boss is defeated. 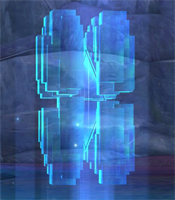 Players will first find themselves in the Splinterpath. This small bridge, guarded by several strong Orkanimums. Players should avoid aggroing them all three groups at once as they might be easily overwhelmed. On the other side, they will reach Pazuzu's Sanctuary, the chamber inhabited by the first guardian of the instance.

Pazuzu is the first boss players will confront in the instance. Across the fight, she will use Vitality Loss, laying a debuff on a target. It will inflict a damage over time, but can be removed. Her most notable abilities consist of, every 70 seconds, gaining the Reflective Barrier and Replenishment buffs. While they are active, she will be invulnerable to any damage and will recover very low amounts of HP. While not dispellable, players can remove them by taking out the Luminous Waterworm which spawn around Pazuzu's ring. At the start, only two Worms will spawn. However, as the fight wears on, more will appear whenever Pazuzu gains her buffs. At around 75% of HP, three will spawn instead. When below 45%, she will summon four worms instead. Additionally, across the fight, she will also use Aether Storm, an AoE which will debuff nearby targets by putting a damage over time on them.

Once the first guardian is down, four treasure chests will spawn on the left side of the path for everyone to loot. Proceeding forward, players will find themselves in The Storm Cave, which will branch into the Spiral Corridor, inhabited by several small Lapilimas. As the corridor ends, members will find themselves in Kaluva's Nest, a hatching centre for the beasts laid by the second guardian.

Kaluva the Fourth Fragment is the second boss encountered within the splinter, considered to be one of the most troublesome fights. Across the fight, Kaluva will slow movement speed, root and stun targets within range, as well as change targets very frequently. However, what they should all watch out for Constricting Webs, which will imprison a player into a cocoon, which will have to be destroyed as fast as possible. If a small group takes too long, more than group member might also cause the fight to be harder. Furthermore,players should take notice of the four eggs on the corners of the cave. Ignored through most of the fight, they must be the main target when Kaluva utilises Maternal Instinct (making it invulnerable to all attacks). During that time, the eggs become more vulnerable to damage, prominent to be destroyed with a few attacks. If not defeated on time, the eggs will hatch, spawning additional monsters, such as a clone of itself or several small spiders. Like the previous boss, once defeated, chests will appear on a near wall.

While exiting, players will step inside the Chaos Way. Patroled by Enos guards, it connects with The Crystal Mezzanine, where the following boss awaits. However, to access it, a player should have looted the Abyssal Fragment from the crates which spawn from Kaluva. 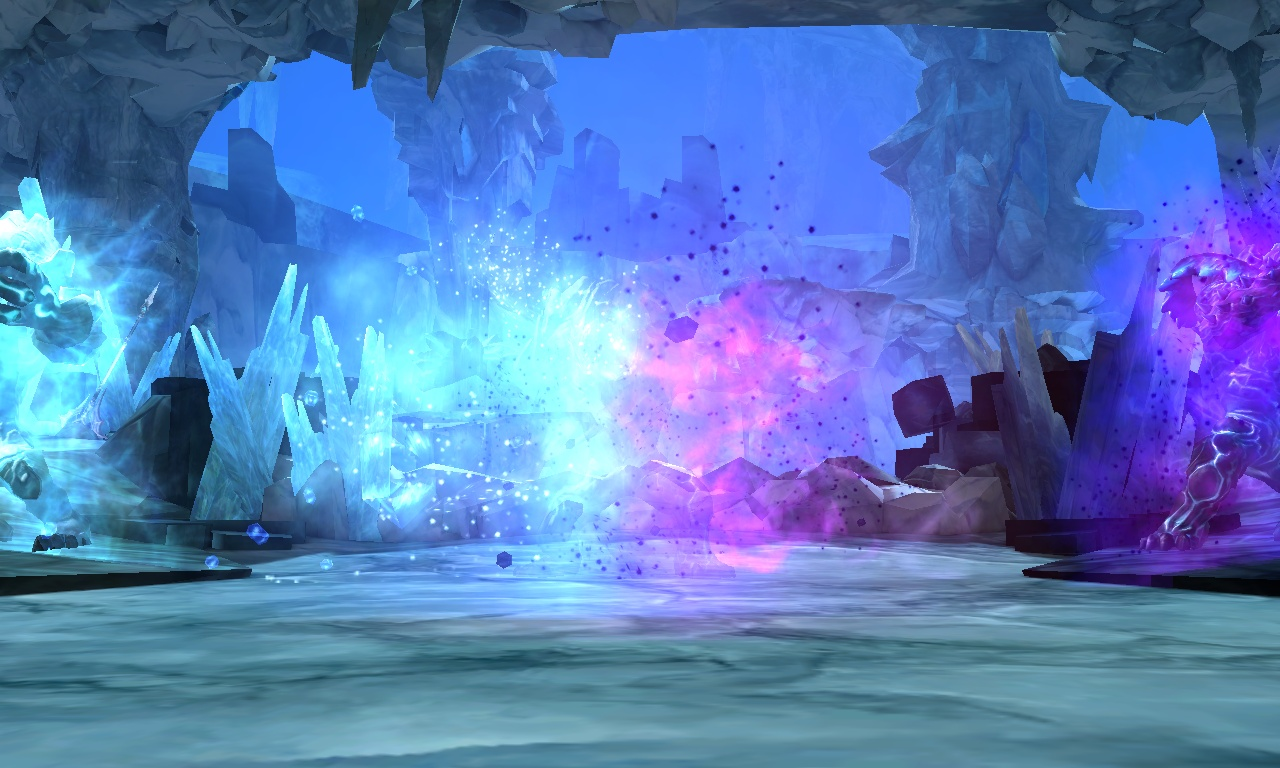 Dayshade is the third guardian. Its most notable asset is his ability to split into two mobs as soon as he is aggroed: Rukril and Ebonsoul. In order to be successful in this encounter, both have to be defeated within less than a minute of eachother, making it compulsory to divide into two groups. Both bosses will gain their distinctive buffs raising physical or magical defence; therefore magic and physical dealers should split up. Rukril will have Splendid Blessing, increasing magical defence, while Ebonsoul will have Umbral Blessing, increasing physical defence. It is recommended for magic users to deal with Ebonsoul and physical users to dispose of Rukril. Nonetheless, players should also watch out for Splendid Barrier (Rukril)/Umbral Barrier (Ebonsoul). These buffs makes them invulnerable to any damage. When they gain these, they will spawn Pieces of Splendor and Pieces of Midnight respectively. These can be destroyed to dispel the shield covering them. In order for it to work, to break a boss' shield, the opposite Piece must be destroyed close to him. In other words, to take out Rukril's Splendid Barrier, a Piece of Midnight has to be destroyed near him.

Once defeated, the chests will spawn on the left platform. Players may then proceed to the final section of the Splinter, The Splintercore. Across the platforms, players will find several chests which they may loot containing similar loot to other chests. Glide down to the bottom, where the Artifact of Protection is located. Use it to summon the fourth and final guardian. 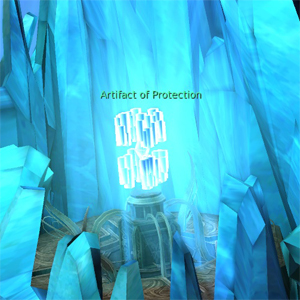 Yamennes is the final boss. Depending on whether the members destroyed the Aether Fragments, he will spawn as Yamennes Blindsight (Normal mode) and Yamennes Painflare (Hard mode). Throughout the fight, he will use Crystal Wave (dealing damage, draining MP) and Crystal Collision (dealing damage, stunning). The encounter intensifies when he begins summoning adds. Three portals will spawn on the bottom and three on the top, which must be taken out to avoid the adds reaching the boss. Provided they do it, they will apply buffs to the boss, such as reflecting shields, healing or just dealing damage on all members.

Yamennes Painflare, compared to his easy mode, will hit harder use skills more often, as well as summon more monsters during the adds phase. At the same time, he will also use Healing Impairment on one of the targets, which renders all healing effects null and cannot be removed. It is important for this person to avoid receiving much damage. Additionally, he will gain the Delirium buff, increasing Yamennes' offensive and defensive stats.

Once defeated, players will be able to obtain the loot from the boss.