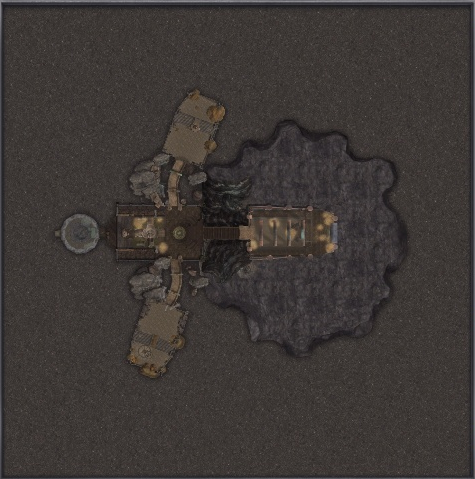 Chamber of Roah is a fortress group instance for players of level 40 and above. Like other fortress instances, monsters inside it will aggro regardless of the level of the party.

The instance is composed of the drop point, which is connected to the main hall, which branches into three bridges leading to their respective wings. When players step out of the drop point, a 15-minutes countdown will begin, which when ends will force treasure chests to despawn. Each chamber holds one treasure box, which can be opened with the key dropped from the chamber's head guard. A bigger chest may spawn sometimes spawn in the main hall, in front of the bridge leading to the northern chamber.

If players attack the unique mob of the room, all guards which have not been cleared already will attack them, making it imperative to clear the whole room before engaging the fight. Each room has a different difficulty, varying from easy (western room), to medium (eastern room) to hard (northern room).

Laslty, players may reach the northern chamber, guarded by Protector Kael, holding the Magic Ruins of Roah Key. This boss will constantly cast shield, reducing physical damage inflicted on him, as well as slowing his enemies' attack and movement speed.