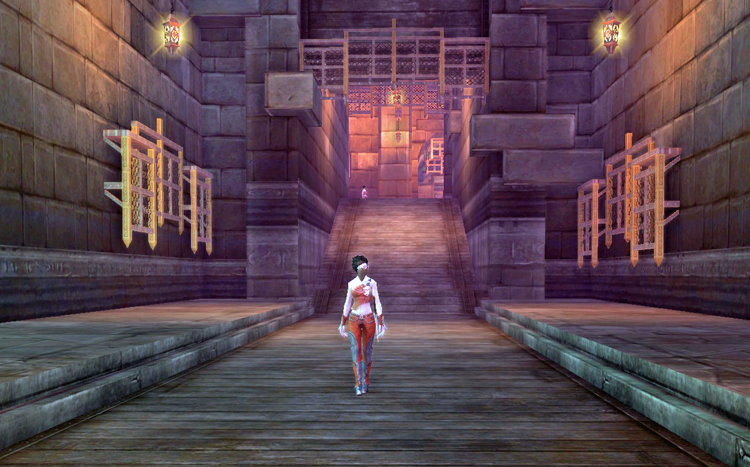 Alquimia Research Center is a group instance for Asmodian players of level 35 and above. Hidden deep within the mountains surrounding the Alquimia Stronghold, this somewhat obscure Lepharist facility has been rumored to conduct secret experiments on Humans, seeking to create Daevas. It can be accessed from the Alquimia Stronghold in Beluslan, and is part of the campaign quest line. 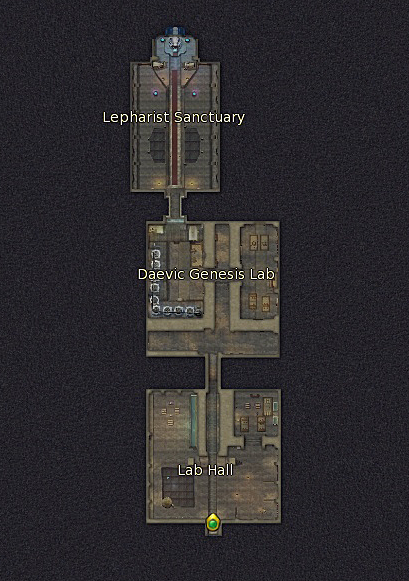 Getting to the instance can be a challenge itself, as it is numerous Lepharists patrol the nearby vicinity. Upon entering, the room appears crowded with multiple patrols. Careful and well-timed pulls will be needed to avoid chain-aggro and gradually create some space.

The first key keeper, Researcher Zoiks, can be found on the left side of the Lab Hall. Clear mobs to get to him and vanquish him in battle to obtain the Daevic Genesis Lab Key. Clear the nearby right side mobs as well before heading into the tunnel in the center. The tunnel will have several invisible patrols stationed in it, so caution is advised.

To your left you will spot the Research Center Power Generator, which can be destroyed by ranged DPS for the quest

A Spy Among the Lepharists. All dps will only hit for 1HP. The campaign will update, but the flare can be set off after finishing the instance. Check for a rare spawn in the corner test tube  RA-121ex who has a chance to drop level 44 green weapons.

Clear the room to the door to the core of the instance, the Lepharist Sanctuary. It is possible to sneak around the side of the mobs, although killing through the middle is another option. Work towards the end of the room. High Priest Esras is a straight-forward 'tank and spank'. (Remember to set off the flare upon exiting the instance.)