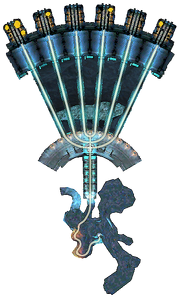 Left Wing Chamber is a group instance for Asmodians and Elyos level 30+. There is no entrance prerequisite, but the faction must own Siel's Western Fortress to be able to enter the instance. The entrance is on a lower level in the fortress, in the artifact room. Cooldown is 12 hours for re-entry. 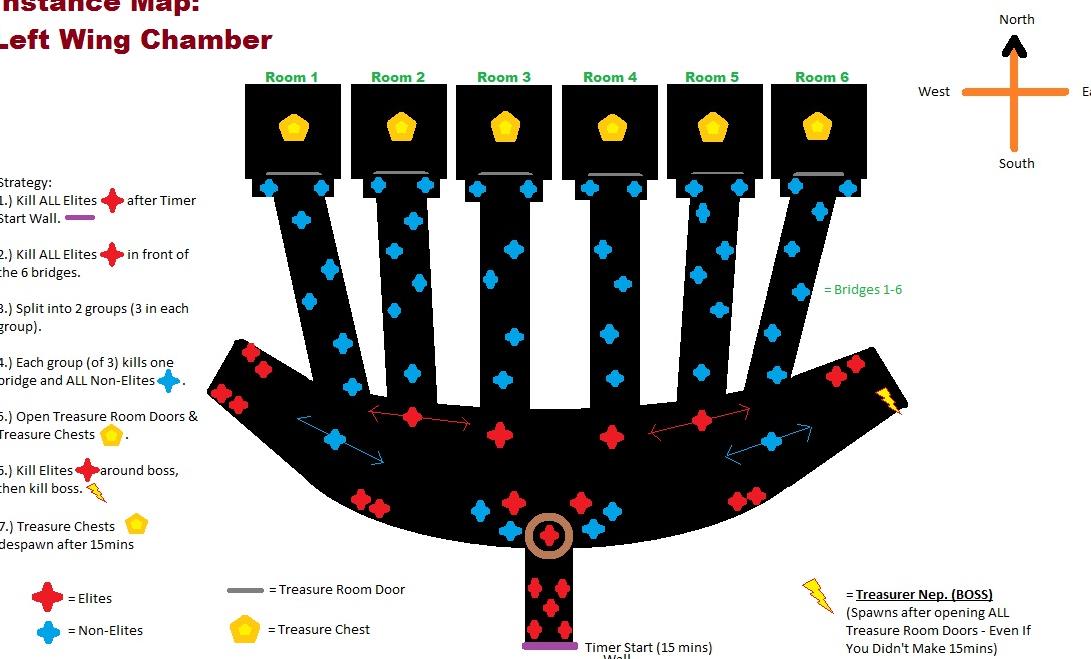 After entering the instance, there is a blue Aether barrier. Once the Aetheric barrier is broken, there are 15 minutes until the treasure chests vanish. There are normal and elite mobs in this instance.

This instance has a winding path to a cavern crossed by six bridges. At the end of each bridge is a door with a treasure room and a single clickable box. One player will get the entire contents, it is not disbursed as normal.

Split the party into two "teams". Many groups will use /random to determine the order, just in case the 15 minutes expires before getting to the last two boxes. The top roll goes to team one, the second to team two, the third to team one, and so on.

Fight to the cavern and clear to the left side until you can get to the first two bridges. Team one goes up the first bridge, team two up the second. All of the mobs on the bridges are normal, not Elite. When you get to the end, the high roller should follow his teammates to the left-hand mob, then continue to the door and the chest. You have to be standing right up against the door to open it. Enter as soon as the door is high enough to enter and click the box, then loot all.

As soon as the teams have dropped their guard, go back down the bridge, looting as you go. The entire party should proceed together as the roamers are Elite. Now repeat the process for bridges three and four, then five and six. With luck and teamwork all six should get their box. The contents of the six boxes are basically fixed, but which box is in which room is random. One box will have less than 100 Kinah and nothing else. The others will all have multiple loot, and one of the boxes will also contain a blade fragment for a quest.

Once you have completed all six lanes (or time expires) go back to bridge #1 and begin clearing the Elite mobs. The named Boss Treasurer Nabatma is at the other end.