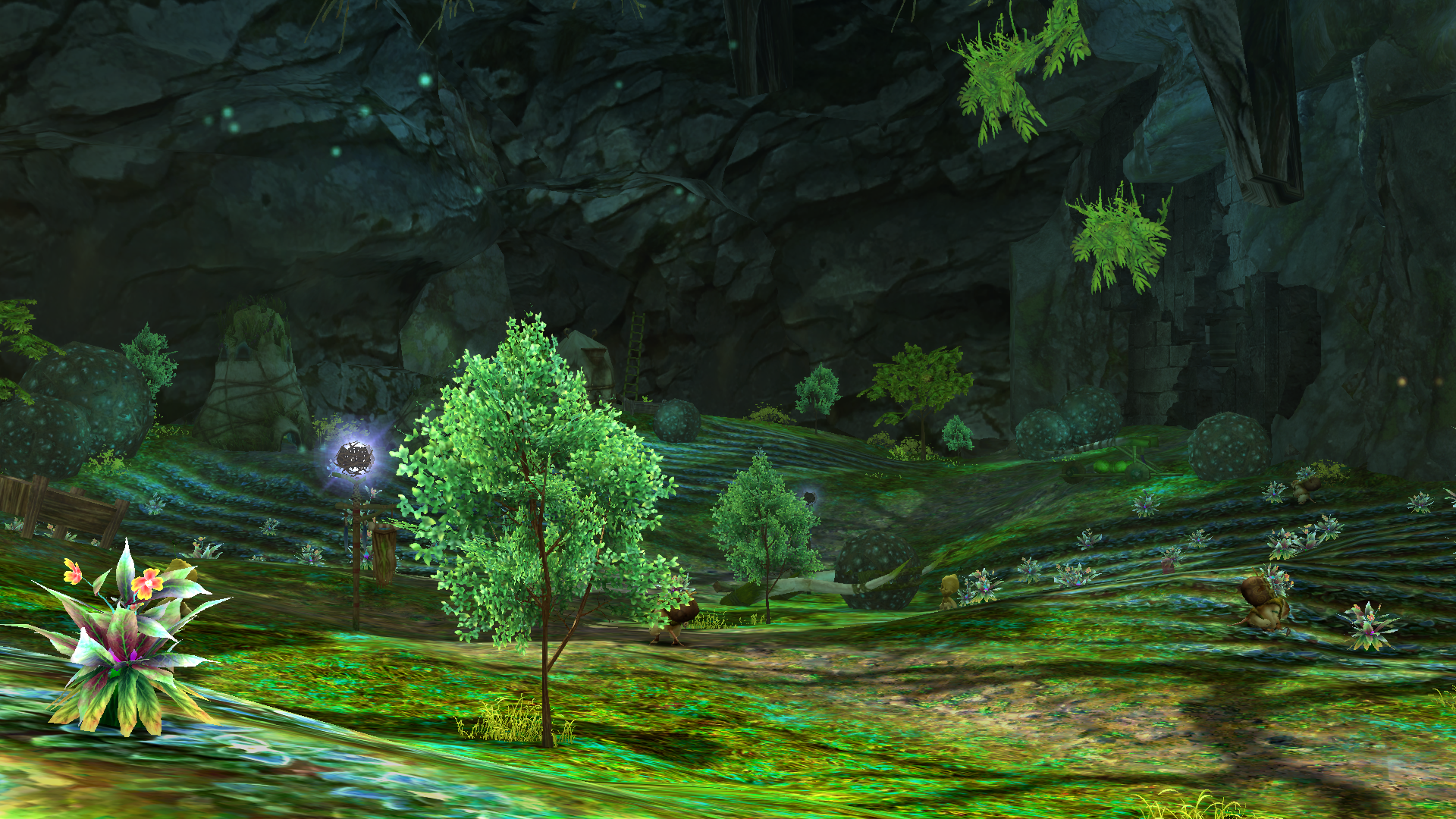 Haramel is a solo instance for characters of level 16 and above, and is the first instance players will encounter in Aion. There is no entrance prerequisite, but players cannot not be in a Group or Alliance.
The instance is filled with normal mobs and is designed to introduce players to Aion's instances. 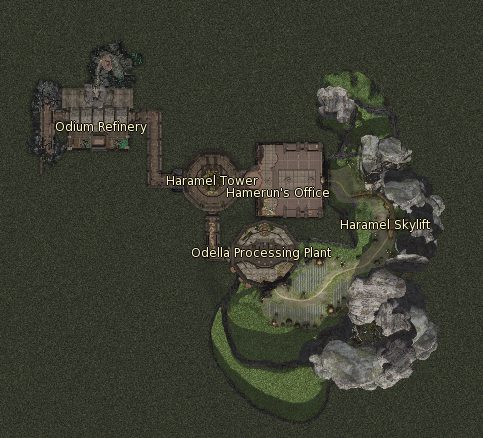 Once you enter Haramel, you will meet Moorilerk, a Shugo who offers more information about the instance, and the set of a series of quests. The first area you come to is the Odium Refinery where you find Kobolds busy working on Odium. You can find the first of three treasure boxes in the Odium Strip Mine area - a tunnel to the side of the refinery. After completing the quests, be sure to kill Drudgelord Kakiti for some good loot opportunities.

The next area you encounter is Haramel Tower, a huge cavern-like area with a tower in the center. Just before you enter the tower area, you will find Moofrenerk who offers more quests. Interact with the lift elevator ahead to be transported down, and make your way to the Odella Processing Plant. You can complete some quests there, and kill MuMu Ham the Grey, the mad scientist. A second treasure box can be found near the Huge Cauldron.

Carrying on through the instance you will come to the Odella Nursery, where busy little MuMu workers produce Odella. At the end of the area is the Haramel Skylift. Gestanerk is right there to turn-in quests. Before you take the elevator, check the waterfall area for the third treasure box.

Up the elevator, then you walk along a bridge to get to Hamerun's Office. The last two named npc's are here, Bossman Nukiti and Hamerun the Bleeder. When you kill Hamerun he will drop a special Antique Treasure Chest and the exit gate will appear so that you can leave the instance.

-Haramel opens at lvl 16, the same level that you can equip and make the first coin equipment (Rank 9), it is highly recommended to get this equipment first.
-The first quest that leads to the dungeon, opens in Altgard / Verteron.
-If your essencetapping is at level 40 you can collect iron, silver and rose quartz inside the dungeon.